Microorganisms, such as bacteria, viruses, fungi, and parasites cause infectious diseases.

The doctor suspects an infection based on the symptoms, the results of the physical examination and the risk factors of the affected person. First, it is confirmed that the patient has an infection instead of another type of disease. For example, a patient with a cough and shortness of breath may have pneumonia (lung infection). However, you may also have asthma or heart failure. In this patient, a chest x-ray can help distinguish pneumonia from other possible diagnoses.

Once the doctor confirms that the patient has an infection, he usually needs to know what specific microorganism is causing it. Many different types of microorganisms can cause a given infection. For example, pneumonia can be caused by viruses, bacteria, or rarely, fungi. The treatment is different for each of them.

Different laboratory tests allow the identification of microorganisms. A sample of blood, urine, sputum, or other tissue or body fluid is used. These samples can be

Dye and examine under a microscope

Cultivate (subject to conditions that stimulate the growth of microorganisms)

Detect genetic material (such as DNA or RNA) from the microorganism

No test can identify all microorganisms, and those that are useful for one are often not efficient for another. The doctor chooses the test based on the microorganism that he thinks is more likely to cause the disorder in question.

Sometimes several different ones are performed, usually in a specific order, according to the results obtained in the test previously performed. Each one further defines the possibilities. If the proper test is not performed, the cause of the infection cannot be identified.

Some samples that are sent for analysis, such as sputum, feces, and smears from the nose or throat, usually contain many types of bacteria that are not responsible for the disease. The doctor distinguishes between these bacteria and those that could cause the patient’s illness. Other samples come from locations that, under normal conditions, do not contain microorganisms (which are sterile), such as urine, blood or cerebrospinal fluid (the fluid that surrounds the brain and spinal cord). The finding of bacteria in these samples is abnormal. To read more about bacteria visit here mediologest.

Once a microorganism is identified, the doctor can do tests to determine which drugs are more effective (sensitivity tests) so that the treatment that seems most effective can be started before.

Staining and examination under a microscope

Sometimes, the doctor can identify a microorganism simply by examining the sample under a microscope.

Most samples are processed using stains. Stains are special chemicals that give color to microorganisms, making them stand out against the background. Some microorganisms have a different size, shape or color that allow them to be recognized.

However, many are very similar and cannot be distinguished using a microscope. In addition, there must be a sufficient number of microorganisms and they must be large enough to be seen with the microscope. For example, viruses cannot be identified using the microscope, since they are too small.

For bacteria, Gram stain (a violet stain) is often used first. Bacteria are classified as follows:

Gram-positive (which looks blue because they retain Gram staining)

Gram-negative (they look red because they do not capture staining)

This allows some decisions to be made regarding treatment, depending on whether the responsible bacterium is gram-positive or gram-negative.

In addition to Gram staining, other stains may be used depending on the microorganisms that are considered to be present.

Usually, a sample contains very few microorganisms so that they can be seen with the microscope or can be identified using other tests. Therefore, it is usually tried to increase the number of microorganisms (cultivating them) in the laboratory, until they are sufficient to be able to identify them. A sample is taken from the area of ​​infection that the microorganism may contain. Samples may include 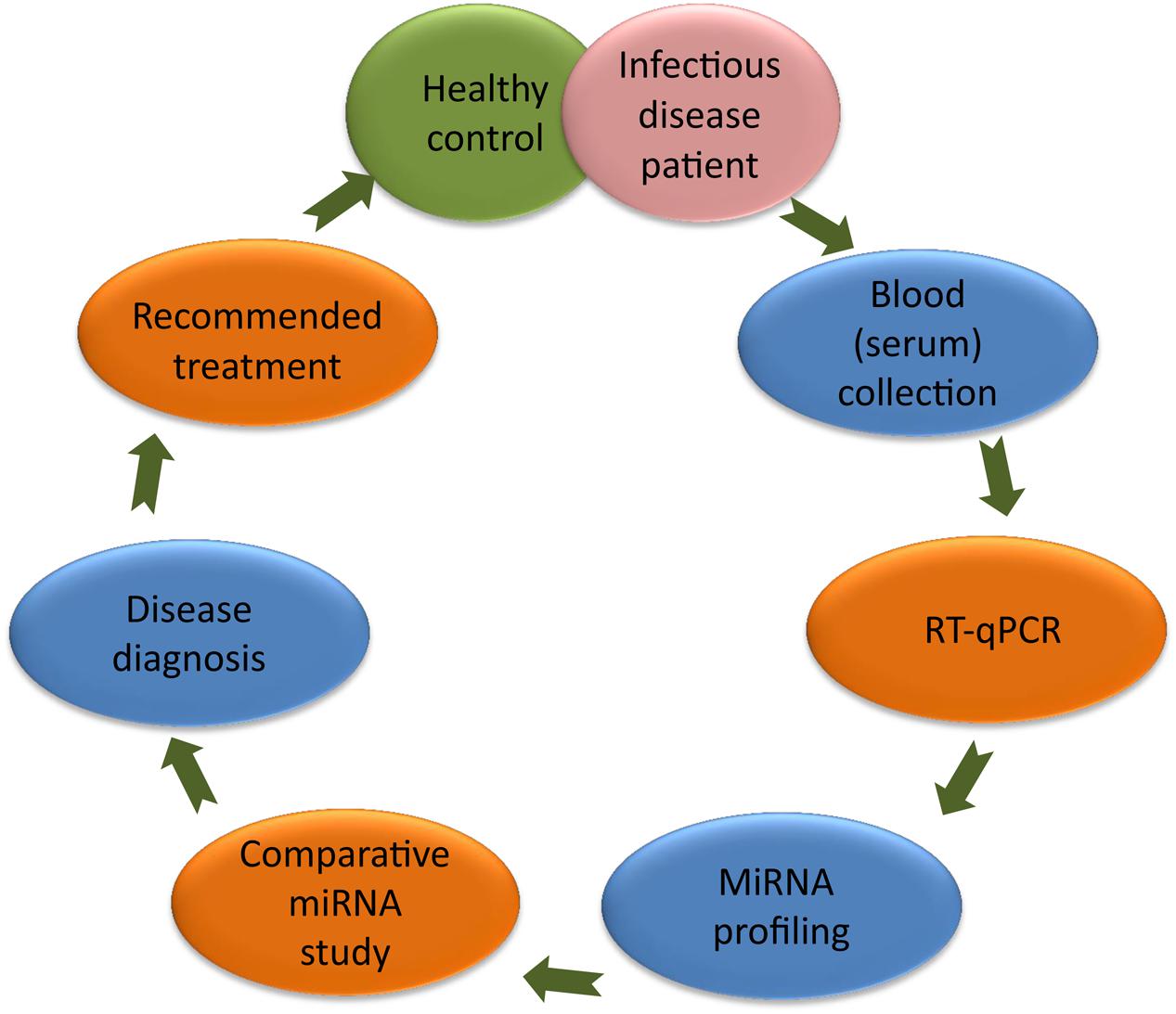 Mucus from the nose, throat or genital area

Tests of the sensitivity of a microorganism to antimicrobial drugs

Although the doctor knows, in general, what are the effective antimicrobial drugs against different microorganisms, they are continually developing resistance to drugs that were previously effective. Therefore, it is necessary to perform sensitivity tests to determine the efficacy of different antimicrobial drugs against the specific microorganism that is causing the infection in the patient. This test helps to decide which medication should be used to fight such infection (see Antibiotics: Choosing an antibiotic).

Sometimes genetic tests are used to detect which microorganism genes cause resistance to certain antimicrobial drugs. For example, methicillin-resistant Staphylococcus aureus (MRSA) can be identified by tests that detect the mecA gene.

Sensitivity tests are performed in the laboratory, so there the result does not always reproduce what happens in the body of the person when a drug is administered. Various factors related to the patient can influence the efficacy of the drug (See also Introduction to the response to drugs). The following are included:

Some microorganisms, such as the bacteria that cause syphilis, cannot be cultured. Various tests called immunological tests can be used to diagnose these infections. These tests detect one of the following elements:

These are usually performed on a blood sample from the patient. They can also be made in samples of cerebrospinal fluid or in other body fluids.

Antibodies are substances produced by the patient’s immune system as a defense against infection (see Acquired immunity: Antibodies). They are made by certain types of white blood cells (leukocytes) when these white blood cells find a foreign substance or cell. Under normal conditions, it takes several days for the body to produce the antibody.

The doctor may perform tests to detect several antibodies, depending on which infections you think are likely. Sometimes, simply perform a test to see if an antibody is present or not. But usually, it is about determining the amount of antibodies present. This is done by repeated dilution of the sample in a medium until it is no longer positive for the antibody. The more you have to dilute the sample in order for the test to be negative, the greater the amount of antibody is present in the infected person’s sample.

Because it takes several days to a few weeks for the immune system to produce enough antibodies to be detected, the diagnosis of infection can be delayed. Antibody tests performed immediately after the patient contracts the infection are often negative. In this way, a sample can be obtained immediately and, several weeks later, another to see if antibody levels have increased. If the levels of an antibody are low in the first test performed after the patient contracts the disease, the increase in these levels several weeks later suggests that it is a current (rather than a previous) active infection. 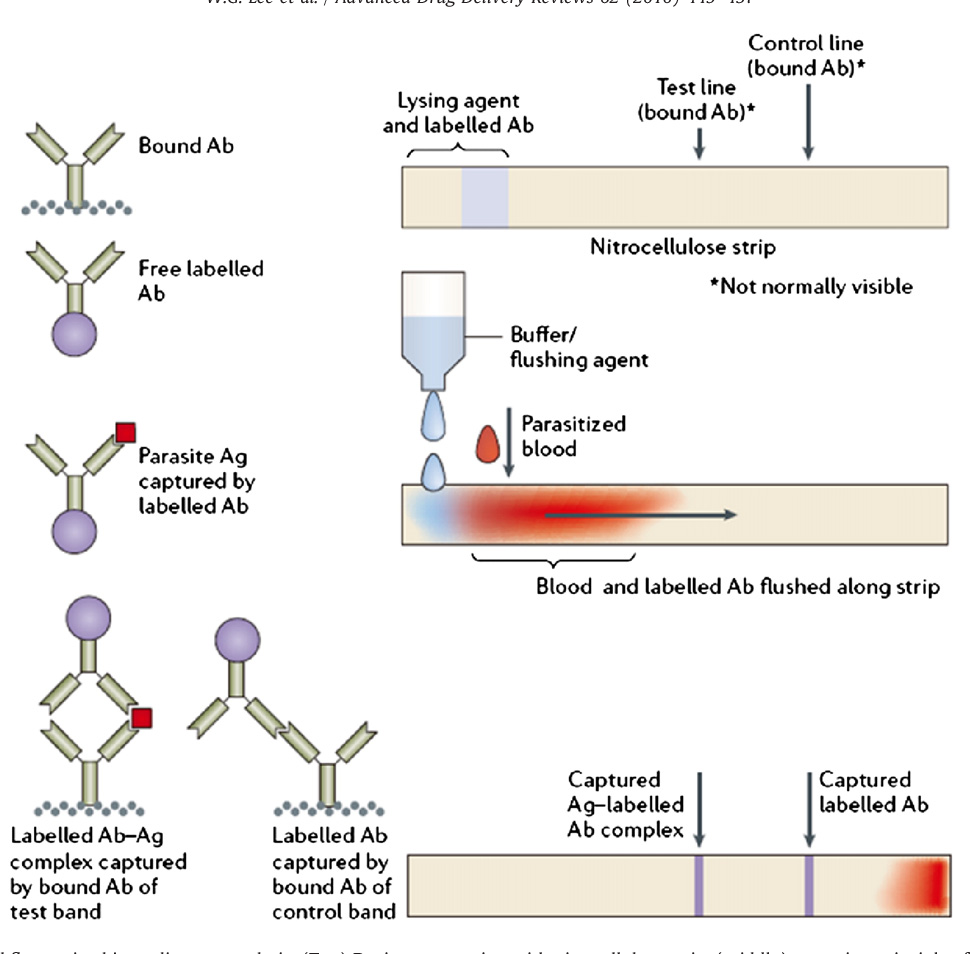 Antigens are substances that can trigger an immune response in the body. Microorganisms have antigens on their surface and inside. Antigen detection tests allow you to directly detect the presence of a microorganism, so that doctors can diagnose an infection quickly, without waiting for a person to produce antibodies in response to the microorganism. In addition, these tests can be used in people whose immune system is not able to produce many antibodies, as is the case in people who have recently had a bone marrow transplant or those who suffer from AIDS.

To perform antigen tests, doctors take a sample from a person and mix it with an antibody test for the suspected microorganism. If there are microorganism antigens in the sample obtained from the person, these antigens bind to the antibody of the detection test. Different methods can be used to detect the antigen-antibody combination. But whatever method is used, the presence of the antigen means that the microorganism is present and is probably the cause of the infection.

How Can an Audiologist Help With a Cochlear implant?

9 Basic Signs that your child needs a Speech Therapy

How can an ENT Doctor Cure Thyroid Problem?

What are hearing aids, and how does it work?

What to Expect After Hair Transplant in Jaipur?